The Charles Schwab Challenge – with Charles Schwab currently in its third year as title sponsor -- celebrates its 75th anniversary in 2021, with each contest having been played at Colonial Country Club dating back to 1946 when Ben Hogan captured the inaugural event. It holds the distinction of being the longest-running event at the same location on the PGA TOUR. The tournament continues to honor its history while also transforming into one of the most modern and engaging events on the PGA TOUR, offering an innovative, first-class experience for fans of all ages.

As previously announced, the iconic Leonard Trophy and Scottish royal tartan plaid jacket will be awarded to this week’s champion, who also will drive off with a one-of-a-kind Champion’s prize. The model and design of this year’s Champion’s Prize, which will pay homage to the tournament’s milestone anniversary, will be revealed this afternoon at a special event at Colonial.

Schwab has introduced many programs designed to engage fans over the past three years including:
“This tournament has such a significant place in golf – and Texas – history and Charles Schwab is honored to help continue its tradition during this historic 75th anniversary year – and now proudly through 2026,” said Jonathan Craig, senior executive vice president, Investor Services & Marketing at Charles Schwab. “The tournament has long held a deeper meaning given its history and is so important to the Metroplex community where our firm has a proud history and deep footprint of its own. We are honored to further our commitment to Colonial, its fans, and the Dallas-Fort Worth region, and as title sponsor, bring continued stability to this storied event.”

In 2020, the Charles Schwab Challenge was the first event in the PGA TOUR’s Return to Golf in June following a three-month shutdown due to COVID-19 with Daniel Berger winning in a playoff over Collin Morikawa.

“Charles Schwab has been an extraordinary partner of the PGA TOUR and PGA TOUR Champions since 1997, and we saw the strength of that relationship last summer when they raised their hands last year in volunteering to be the first event back in our Return to Golf,” said Tyler Dennis, EVP and President, PGA TOUR. “With today’s news, we are extremely thankful for their support through 2026 and their continued commitment in making a significant charitable impact in the greater Fort Worth community and across North Texas.”

The Charles Schwab Challenge worked closely with 34 charities in 2019 and 2020 for its successful Birdies for Charity and Rise to the Challenge campaigns, which raised more than $15 million. The event also supports Military charities and First Tee of Fort Worth. The tournament has impacted more than 150 different organizations in the last two decades, totaling more than $130 million.

In 2015, the TOUR and Charles Schwab announced a historic 20-year extension of their multifaceted Official Marketing Partnership that represented the longest marketing agreement the TOUR has ever entered and includes Schwab’s Official Marketing Partner status as Official Investment Firm of the PGA TOUR and PGA TOUR Champions; Schwab's umbrella sponsorship of the season-long Charles Schwab Cup competition on PGA TOUR Champions; and Schwab's sponsorship of the season-ending Charles Schwab Cup Championship. Schwab then signed on as title sponsor of the Charles Schwab Challenge beginning in 2019, with today’s announcement extending the partnership through 2026.
​​​​​​​
About PGA TOUR
By showcasing golf’s greatest players, the PGA TOUR engages, inspires and positively impacts our fans, partners and communities worldwide.

The PGA TOUR, headquartered in Ponte Vedra Beach, Florida, co-sanctions tournaments on the PGA TOUR, PGA TOUR Champions, Korn Ferry Tour, PGA TOUR Latinoamérica, Mackenzie Tour-PGA TOUR Canada and PGA TOUR Series-China. Members on the PGA TOUR represent the world’s best players, hailing from 29 countries and territories (94 members are from outside the United States). Worldwide, PGA TOUR tournaments are broadcast to 216 countries and territories in 28 languages. Virtually all tournaments are organized as non-profit organizations to maximize charitable giving, and to date, tournaments across all Tours have generated more than $3.2 billion.

Fans can follow the PGA TOUR on PGATOUR.COM, the No. 1 site in golf, on the PGA TOUR app and on social media channels, including Facebook, Instagram (in English, Spanish and Korean), LinkedIn, Twitter, WeChat, Weibo, Toutiao and Douyin. 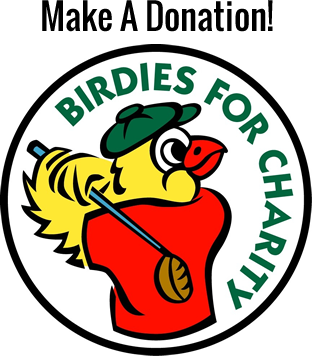